Yesterday I went on an adventure, a journey to be more aware of how my past lives have impacted and impact on my current life.

As it often happens to me, I was back and forth and in two minds about whether or not I should actually go through with the session. Well obviously I made the choice to go.

Before going I wrote down a list of stuff that I have found have been blockages for me, some I’m aware of, some I actually have a feeling about. But there was also a list of what I wanted to get out of it. Honestly….I really just wanted to be more aware of my self, my TRUE SELF.

So it began…….under a trance like state but also fully aware of what was happening.

I was taken back to the most recent time I felt sad/grief/loss. The most recent time was with the loss of my grandmother. As the timeline began to work its way back, I had spoken about memories that I had forgotten were even there. Then came to my birth, how traumatic that was and how I realised we actually remembered that! It was very fascinating!

Then came beyond this current life and trekking back down along the timeline into the first occasion my mind experienced sadness/loss/grief. It was the year 1352.

The picture from my minds eye showed me that I was a young boy, 7 years old, playing with my older brother and we were playing a game. The ‘scene’ turned to me chasing the ball, then falling into a swamp. I was struggling and the more I struggled, the more the reeds around my leg tightened. Then as I took my last breath and my brother finally realised what had happened it was all too late. I ascended above watching what my brother was doing. So much sadness and grief. I couldn’t leave. I didn’t leave.

I continued to watch over my family. I waited until my mother was on her death bed and finally realised I would no longer be alone – that we could ascend together. As we ascended I felt my mother was reluctant to leave as she torn between my brother and I – my brother suffering the grief of both our deaths, my mother decided to stay with him. Although sad and angry I ascended anyway.

I came to an area where there were other lost souls. But I was able to meet up with the higher ones, masters. They were really tall, thin green beings, with long limbs and a halo of energy and light around them. They helped me to review my life and I called upon my spirit guides, to help me understand the lesson I needed to learn – LOVE IS TIMELESS!!

I had an opportunity to learn and let go of the burden I carried during this life which also impacted on my current life. As I was able to share this experience with both my spirit guides and also some loved ones that had passed on, it felt amazing.  Once coming out of the regressions he first thing I noticed was I felt different. I can’t describe it in any other way apart from that. Other stuff I noticed:

I definitely would do it again and it has been helpful in me connecting the dots in my current life.

I would love to hear feedback about your thoughts, any experiences you may be facing in a similar way. Thanks for letting me share. 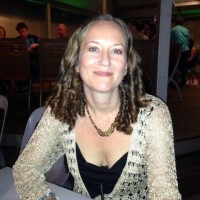 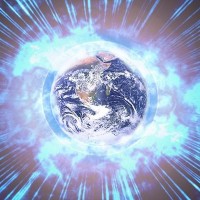 Don't You Forget About Me

Where are you John Bender...

wearing her heart on her blog